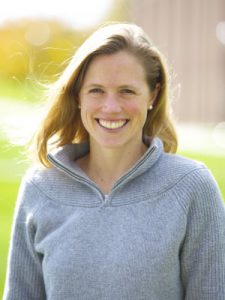 Merritt Patridge joined the Tuck School of Business in 2015, where she serves as Executive Director of the Center for Business, Government & Society. Prior to Tuck, Merritt worked at The Dartmouth Center for Health Care Delivery Science as Program Lead for HCDS Impact Investing and then Director for Strategy and Operations. Her work included ethnographic research to understand the social, cultural, and economic factors of tuberculosis in the mining sector in South Africa and support for the Ministry of Health of Rwanda in their national palliative care strategy. From 2008-2011, Merritt worked as an investment analyst for a $10 billion global long/short equity hedge fund, Maverick Capital. At Maverick, Merritt joined the Board of its philanthropic foundation, where she led grant-making activities, developed analytical tools for evaluating nonprofit organizations and their impact, and set strategic direction. She also managed investment team recruiting. Prior to Maverick, Merritt worked for two years as an investment analyst at Morgan Creek Capital Management, an endowment-style investment firm. She has worked for the Clinton Health Access Initiative in Abuja, Nigeria, and the National Park Service in Jackson, Wyoming. Merritt earned her MBA from Tuck, where she was a Tuck Scholar, and a BA with Honors from the University of North Carolina Chapel Hill where she majored in History. She currently serves as President of the Board at the Upper Valley Haven. 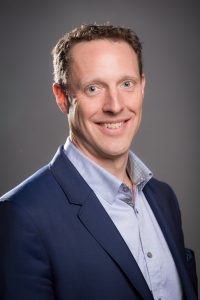 Dan McGee was born and raised in the Upper Valley and returned in 1997 to take a position at Red River, a start-up technology firm. In 2001, Dan became a member of the Red River management team, where he has since served in a variety of roles focused primarily on sales and operational leadership. Today Red River is a 235 person technology transformation company with employees nationwide and offices in Claremont, Reston, Va., and Austin, Texas. Dan is Red River’s President of Operations and responsible for Sales Operations, Program Management, Service Delivery, Technical and Business Operations, and Human Resources. Prior to Red River Dan worked in the financial services industry at SNL Financial in Hoboken, New Jersey. He is a graduate of Bates College (1996) where he majored in Economics. Dan is also a volunteer hockey and soccer coach and has served on several Boards including the Carter Community Building Association, the Red River Charitable Foundation, and Mascoma Savings Bank. Dan lives in Lebanon with his wife Kristin and their three children ages 12, 10, and 8.

Elyse Crossman has been the Executive Director of the Greater Claremont Chamber of Commerce since 2015 and has focused on rebuilding the Chamber as an essential community influencer for economic development. Under Elyse’s direction, the Chamber has expanded its membership, as well as built on a number of initiatives; Business Before and After Hours, Speed Networking, Lunch n Learns.  Elyse returned to the Connecticut River Valley after graduating from High Point University in 2010.  She has been active in several community based initiatives including Claremont Green Dot, Greater Claremont Concert Series and the Early Childhood Education Leadership Team.  Elyse and her husband reside along the scenic Sugar River in Claremont. 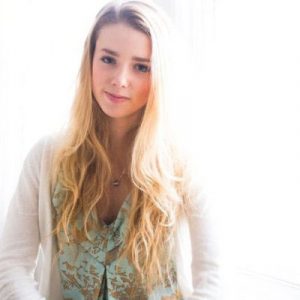 Emily Donaldson learned about the resiliency of life by growing up watching her mother, a veterinarian, advocate for animals. While a student at Mount Holyoke College, Emily founded the youth-led nonprofit Cultivating Action, with the mission to build community around environmental solutions. Cultivating Action focuses on bringing the natural world into the classroom by placing aquaponic systems in schools across the country. This closed-loop microcosm of life is a way for students to interact with biology and chemistry in a hands-on way. While on exchange at Dartmouth, Emily joined Stand With Me, a medical nonprofit that produces and distributes pediatric standing frames in the developing world. Her work with that organization took her to South and Central America where she saw firsthand the challenges faced by children with disabilities and their caregivers. These experiences, coupled with her work as a research assistant in Dartmouth’s aquaculture lab, led to Emily’s appreciation of the importance of science-based policy. To further that professional focus, Emily looks forward to attending Oxford’s Enterprise and the Environment Summer School this July and joining the Vermont Law School this fall to begin her Masters in Environmental Law and Policy/Accelerated JD. 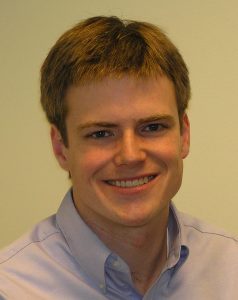 Gordon Ehret has enjoyed living in the Upper Valley since graduating from Dartmouth in 2002. He is a member of the Leadership Upper Valley class of 2013. He has been an associate at Hypertherm since 2007, serving in various positions in corporate improvement, operations leadership, and now engineering project management. Gordon is committed to helping others and improving this community. Gordon is invested in corporate social responsibility at Hypertherm, both as past chair of the HOPE team, which makes funding decisions for the HOPE Foundation, and as a member of the Green Team, focusing on environmental stewardship. He is a member of the Board of Directors of Granite United Way and chair of their Upper Valley Community Impact Committee. Additionally, he is an Everybody Wins reading mentor at the White River School and a ski instructor for the Rivendell Interstate School District’s ski program. Gordon is on the Advisory Group for Thayer School of Engineering’s Bachelor of Engineering program. In 2014 he was recognized as one of the New Hampshire Union Leader’s “40 Under Forty.” He lives in Orford with his wife, Amanda, and his 6-year-old son Willem and 2-year-old daughter Margaret, who amaze him every day. 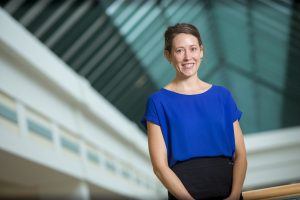 Nicole LaBombard works in Community Health at Dartmouth-Hitchcock as the Program Coordinator for Partners for Community Wellness. She has been with D-H since 2014 and enjoys working collaboratively with community members and D-H to support a stronger, healthier population. She is a member of the Leadership New Hampshire class of 2017 and connects with fellow classmates across the state to engage more deeply in the issues and opportunities unique to New Hampshire. Nicole currently serves as Chair of the Upper Valley Young Professionals and has been on the board since 2015, helping to foster connections between young people in the Upper Valley. She is proud to volunteer as an advocate for WISE and is passionate about supporting their mission to end gender-based violence. Nicole grew up in Lebanon and graduated from Dartmouth College in 2009. She returned to Lebanon in 2014 and enjoys staying active, spending time with family, and working on obedience with her dog, Remy. 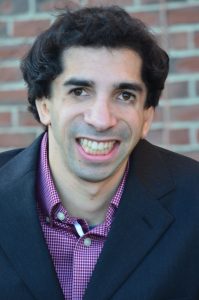 Sam Drazin, an Upper Valley native and former elementary school teacher, is the Founder and Executive Director of Changing Perspectives, a nonprofit organization that promotes disability awareness in schools. Sam was born with Treacher Collins Syndrome – a rare congenital disorder resulting in both facial anomaly and hearing loss. Sam underwent seven surgeries as a child while attending his local public school. Sam’s experiences, both as a student with a disability and as a teacher working in an inclusive classroom, made him recognize the importance of improving awareness and understanding of disabilities. Sam continues to be amazed by the positive impact that disability awareness initiatives are having on students and teachers around the country. 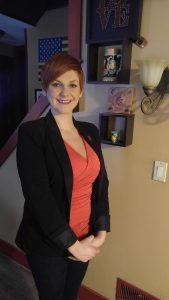 Stephanie Thompson is a native of Springfield, Vt., where she serves as Vice Chair of the Select Board and has worked to help improve the circumstances of her community in recent years. She is also Executive Director of the Springfield Prevention Coalition and President of Springfield Project ACTION, the community-based holistic response to the opiate epidemic. She was recently appointed to represent the Vermont League of Cities and Towns on the Governor’s Opiate Coordination Council. Stephanie is also Town Administrator for the Town of Londonderry. Stephanie has a strong passion for her community and state, and for representing those who are often not provided a voice. Stephanie received her undergraduate degrees through the Community College of Vermont and Johnson State College. In 2017, she graduated with a Master’s in Public Administration from Norwich University and began working as an adjunct faculty member with the Community College of Vermont. In addition, Stephanie is a member of Emerge Vermont, a 2016 graduate of the Snelling Center for Government’s Vermont Leadership Institute, and a 2017 Vermont State College Hall of Fame inductee.

Holly West graduated from Mascoma Valley Regional High School in 2000 and went on to earn her Bachelor of Science in Business Administration with concentrations in Management Information Systems and Marketing at Northeastern University in Boston. Holly spent the first year after college working in marketing at Kallmann McKinnell & Wood Architects. She then transitioned to a career in information technology (IT) at Eze Castle Integration, where she worked for almost seven years before joining Ascend Learning. After working in IT in Massachusetts for over a decade, Holly, her husband, and son returned to Enfield in November of 2013; they welcomed a daughter to the family in November of 2015. Holly has found many opportunities to volunteer within the community since returning to Enfield. She is President and a founding member of Friends of Mascoma Foundation, and a member of the Enfield Budget Committee, Enfield Capital Improvement Program Committee, Enfield Tax Increment Finance District Committee, Enfield Energy Committee (and actively promoted Solarize Enfield-Lebanon), Community Lutheran Church. Holly is also a volunteer with Mascoma Cooperative Preschool and for Whaleback Mountain (UVSSF), where her husband is Chief Operating Officer and Board member. Holly’s parents have always been active volunteers in the community and set a great example for her and her siblings to follow. 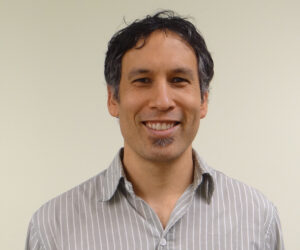 A southern gentleman who loves the outdoors, Paul Coats was drawn to the Upper Valley first by the Appalachian Trail. After hiking the trail, he moved to the area to become Lebanon’s Recreation Coordinator, and he was promoted to Director of Lebanon Recreation and Parks in 2009. His commitments to the Recreation Department and community development run deep, convinced that our community is healthier and stronger when neighbors gather at beautiful parks, interact at special events, stay physically active in fun programs, and mentor our youth to become better citizens. Paul has actively served on several community-building boards, including the Lebanon Opera House, ReThink Health, Skip Matthews Run, Covered Bridges Half Marathon, Healthy Eating Active Living, DHMC’s Healthy Living Committee, Upper Valley Recreation Association, Upper Valley Running Club, and is the Youth Ministry Coordinator at Valley Bible Church. Paul is married to Kristen Coats, also an active member of the community, and they enjoy skiing, biking, running, hiking, canoeing, camping, snowshoeing, traveling and volunteering. Paul’s education includes a Bachelor of Science from Georgia Tech, and Outdoor Educator from National Outdoor Leadership School. 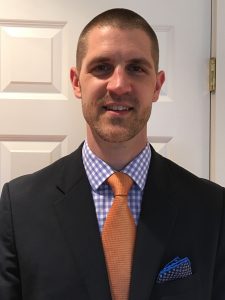 Noah Crane is an Upper Valley native and Founder and General Manager of the Upper Valley Nighthawks. A former collegiate baseball player and coach, Crane launched the Nighthawks in the fall of 2015. The Nighthawks are the second summer collegiate baseball conceived and managed by Crane. He spent six years as general manager of the Laconia Muskrats, also a member of the prestigious New England Collegiate Baseball League. Crane is a frequent speaker at college campuses throughout New England on the subjects of entrepreneurship, marketing, and athletics. He serves on the board of Mid Vermont Christian School and CCEF New England. Crane graduated from the University of Massachusetts at Amherst with a degree in Classical Studies. Noah and his wife, Alyssa, reside in Lebanon with their three children.