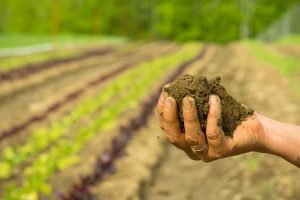 We had another wonderful virtual 2CLA on October 18. The climate topic was adaptation and we heard from two community members. The first was Stephen Leslie from Cobb Hill Farm who discussed the relationship between agriculture and climate change. He talked about their adaptation strategies on the farm, as well as his perspective on our collective need to shift mindsets away from exploiting and controlling the land to following its lead and listening to what it has to teach us. He’s very passionate and knowledgeable about his work, and our 30-minute conversation quickly turned into 60 minutes! The participants just ate up everything he had to say and they spent a lot of time talking in the breakout rooms talking about what he shared.
The second presentation was a lecture from Semra Aytur at the University of New Hampshire about the relationship between climate adaptation and public health. In addition to sharing the impacts of the climate crisis on personal and public health, she explored how issues related to equity and social vulnerability change the type and severity of these impacts among different groups of people. A number of 2CLA participants asked for more resources related to her topic; she will be sharing them with the cohort soon. It felt meaningful to be able to include her perspective in the curriculum as public health becomes an increasingly important factor in climate change conversations. Semra is also a part of a team leading Project Echo: Mental Health, Climate Justice, and Nature. It is an online course I’ll be taking with some of my colleagues and have also shared with the cohort.
I tried something new for the first part of the group project work. The participants had worked on the “Build a Team” portion of the workbook…but I suspected many people couldn’t complete the exercise because they weren’t at that stage in the process yet. So I gave small groups a scenario that they had to use to build a pretend team for. When I asked for a thumbs-up-to-thumbs-down rating at the end of the exercise, I got a range from two thumbs up to thumbs in the middle. We keep trying to see what sticks! They also had a nice chunk of time to collaborate with other people in similar stages of project development. This seemed to be really helpful for people to brainstorm and troubleshoot together.
Feedback from the group continues to be positive! People continue to love their time in breakout groups with one another. Someone also left a comment in the feedback survey last week that said: “My mind is stretching. Thank you.”
Tags: 2cla2cla-2022
Go to Top