Something that I’ve realized between all the eating and cooking I do is that there is no one way to prepare anything. What you consider traditional cooking is not always the same for someone else. Whether it’s the guy across the street or someone across the world, people eat with different cultures and backgrounds. I’m always interested in new food variations, even if it’s not how I’d typically cook myself.

Chili is one of those dishes with infinite variations. Whether it’s with or without beans, has certain meat, or reaches a degree of heat ranging from mild to a charred esophagus. Everyone has a chili recipe, and they’re all different. If I had to pick one, it might be this bulgur chili. Meat and bean-free (though you could easily incorporate beans), this is not traditional chili con carne, clearly, because the carne is not here. Yet that doesn’t stop it from being everything a good chili should – filling, flavorful, and comforting. It might even ease you into the cool weather that is finding its way back to Vermont. 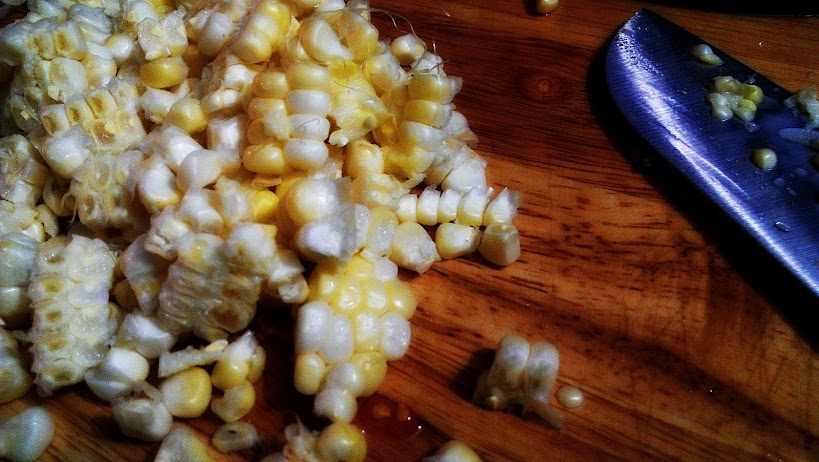 Bulgur, finely ground wheat kernels, creates a nice chewy, almost meat-like texture. But no one is trying to pretend there is meat here. And why should they? Bulgur provides a good amount of fiber, some protein, and an array of vitamins and minerals. Combined with late summer tomatoes, peppers, zucchini, and corn, some onions, and cheese – there’s no sense that this lacks anything. You can try using other vegetables like squash, carrots, or celery and add any kind of cooked beans. As with any other chili, this seems to get better in the next day or two, where I found myself snacking on it with tortilla chips.