Local First Alliance (LFA) members with communications, marketing, and design expertise visited the students three times during the semester to provide guidance as the project progressed. The campaign needed to include print ad, radio spot, and video. The professional mentoring from LFA members gave the students experience that could prepare them for a career in media art and the quality finished project is a wonderful addition to thier portfolios.

HACTC Media Arts teacher, Felicia Allard, appreciates the partnership with Local First Alliance, “The students used to create ad campaigns for imaginary products that I would make up. Partnering with Local First Alliance gives the students the chance to create a campaign for something that is real and part of our community. It is a win-win for everyone. 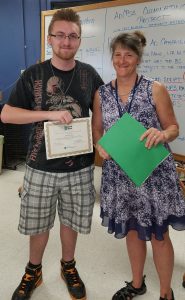 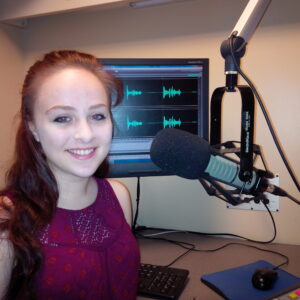 Congratulations to the winners!

The winning ads will be used in Local First Alliance’s ongoing outreach campaign. The print ad will be seen around the Upper Valley on a Chippers bucket truck. The radio ad will be heard on several Great Eastern Radio stations, and look for the video on Facebook. Each winner received a $100 gift cards to Lebanon Village Pizza courtesy of Great Eastern Radio.