As I engulf myself into the world of tacos, where else could I start than with the tortilla? 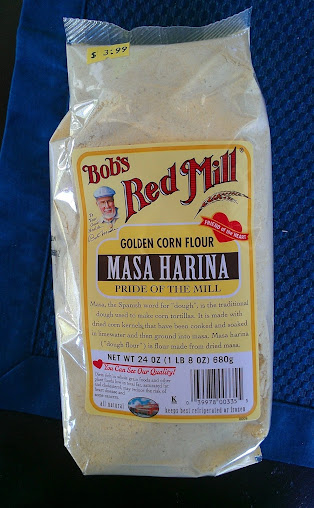 Having never made tortillas before, I eagerly set forth on this process. I quickly opted for the corn route rather than flour. Not only are corn tortillas more authentic, but they also have much more flavor and texture. It’s also a great option for those with gluten intolerance – an important factor for many.

I knew that corn tortillas required a special type of cornflour. This is called masa, the Spanish word for “dough,” which is not the same as your everyday cornmeal. It is made with dried corn kernels that have been cooked and soaked in limewater and then very finely ground into masa. Masa harina, “dough flour,” is made from dried masa.

I found a small bag of masa harina at my local co-op for four dollars from a reputable brand, Bob’s Red Mill. According to the recipe on the back of the package, which I decided to follow, I could make at least twenty-four six-inch tortillas with the entire contents of the bag. That would put each tortilla at about seventeen cents. That didn’t seem like a bad price. 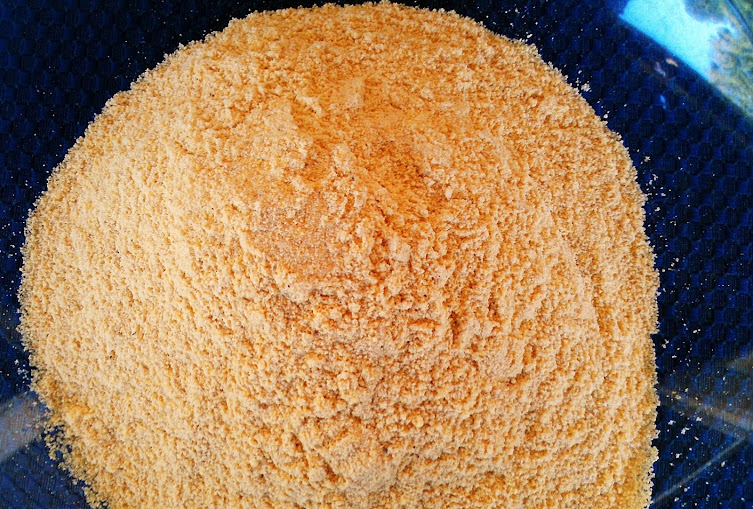 Well, there are better deals to be found. For instance, Maseca brand of masa harina offers a four-pound bag at the same price. That would put a homemade tortilla at about four cents. Much better. You can find Maseca masa in most supermarkets.

There is not much to the actual corn tortilla recipe – masa, water, and salt. Simple, right? I mixed two cups of masa with 1/2 teaspoon of salt then slowly poured in 1 1/2 cups of hot water. 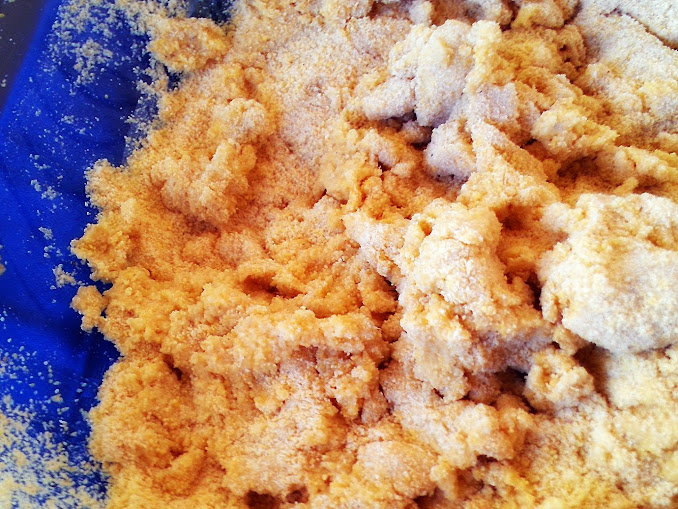 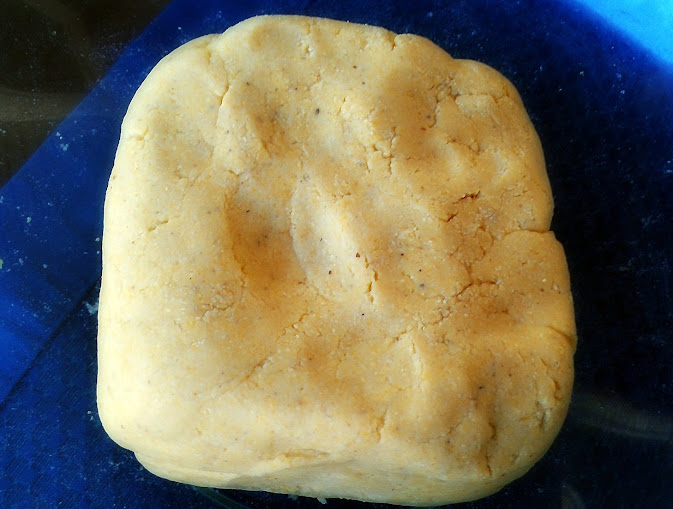 With my hands, I formed a dough that was firm but neither too sticky nor dry. The dough then needed to sit, covered, for an hour. I left it for several hours while I headed out for the day.

Later, I returned to form the tortillas, and this is where things turned tricky. I broke the dough into twelve, roughly two-inch balls. 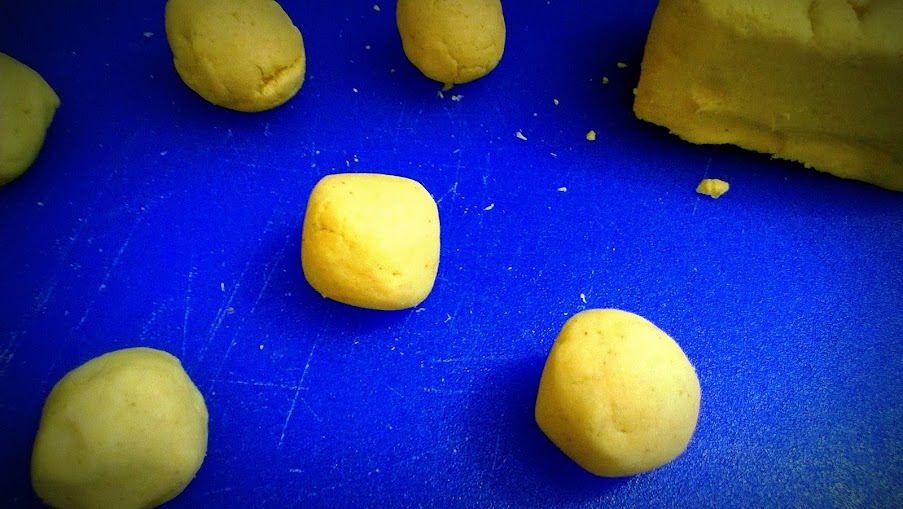 The package said to roll them between two pieces of wax paper or flatten with a tortilla press. Well, I had neither of those options. Since I never made tortillas before, I certainly didn’t have a press. And who uses wax paper anyway? Though, as a baker, I have plenty of parchment. But that was a fail. Next, I tried plastic wrap. Better. But took some practice to find a system that made sense. Eventually, I got a rhythm going. 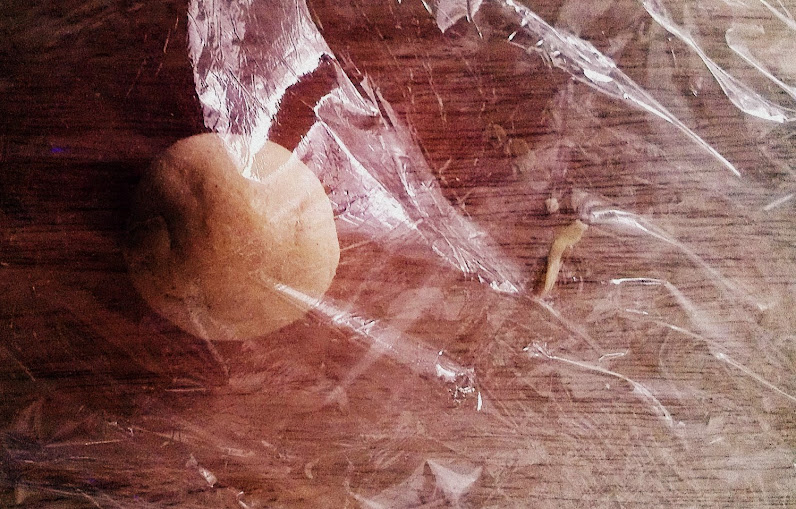 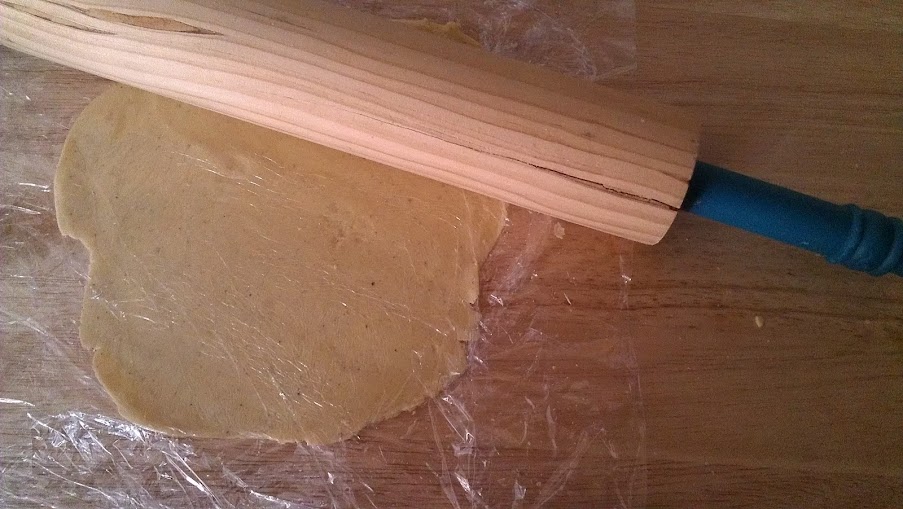 Remove the top piece of the wrap. Flip the tortilla onto one hand and remove the bottom piece of plastic. 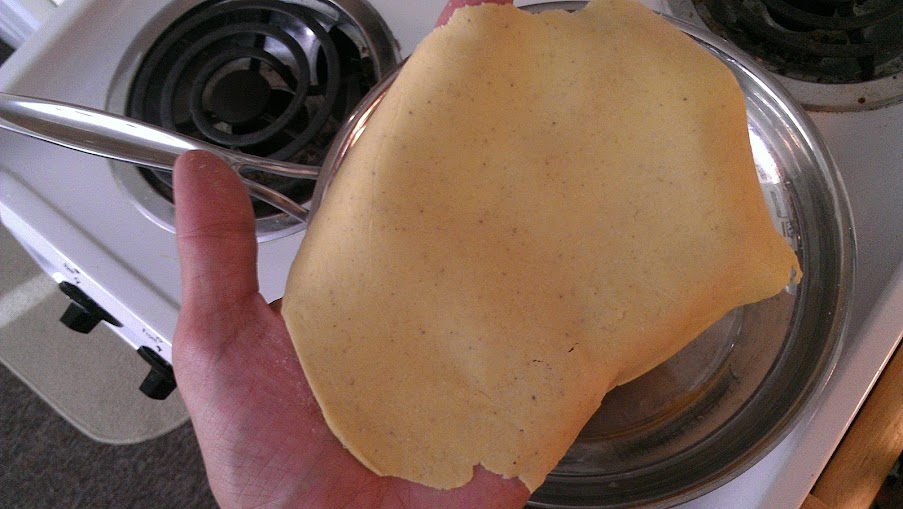 Throw into the pan. 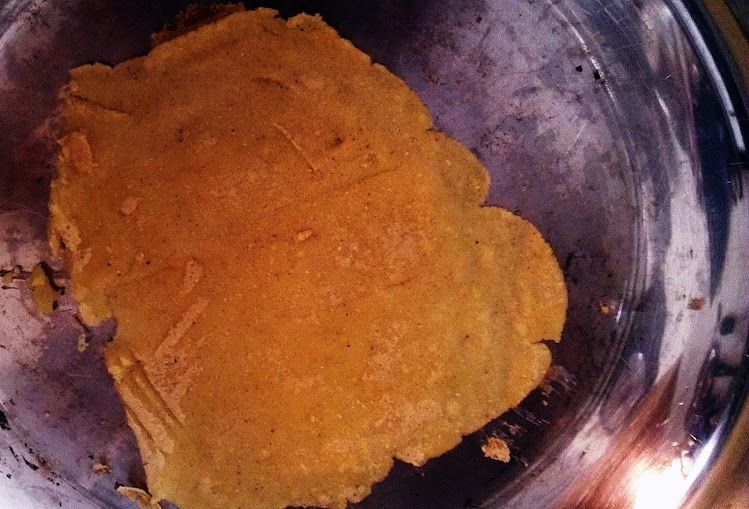 My pan, stainless steel, was one of many flawed aspects of my corn tortilla-making process. (I’ll get to the others in a minute.) It heated too hot, too quickly, and actually started to burn. And lowering the heat was then too low to properly crisp and slightly char the tortilla in the minute it is supposed to be in the pan. All the while, I attempted not to set off my finicky smoke detector, which suggests I evacuate my apartment at least once a week. We have a great relationship.

I seemed to have difficulty getting the tortilla flat into the pan, and it wasn’t really workable at that point to move it around. When I tried, they started to fall apart, and I poorly attempted to squish the thing back together. Eventually, I managed to make things work and wound up with at least ten tortillas, not including the few I ate right out of the pan. I can say, without doubt, that warm, homemade tortillas are really amazing – flaky, crispy, and flavorful. I filled them with a black bean and corn mixture that contained onions, lime juice, and cilantro and made a side of garlic coconut sweet potatoes. 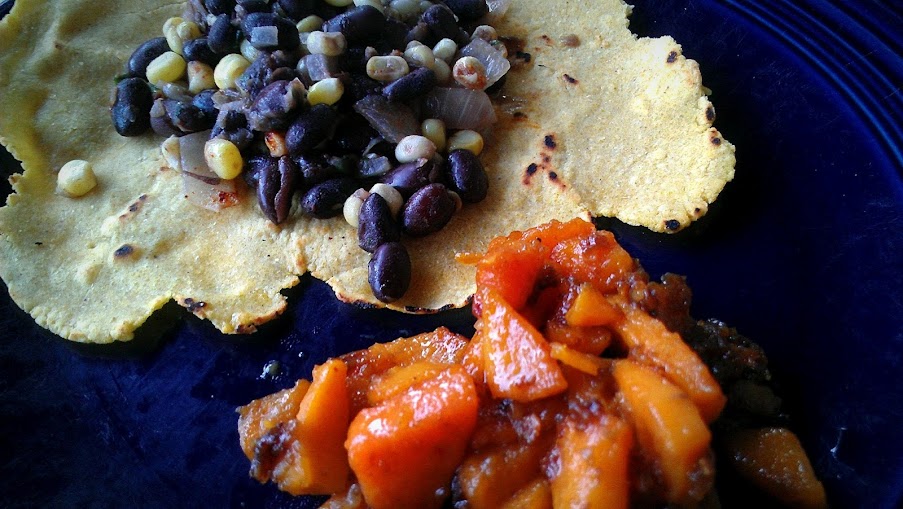 As I said, the corn tortillas were great. But are they really worth making? It depends. If you have a tortilla press and a skillet, I’d say yes. They’re cheaper, healthier, and tastier. A press is actually a relatively affordable investment if you make tacos, fajitas, burritos, or whatever else, often. My process was just that, a process, and many factors could have improved things. Maybe my water wasn’t hot enough. Maybe letting the dough sit that long was a bad thing. Maybe wax paper would have really been easier. Maybe I shouldn’t have started making them at dinner time when I was already pretty hungry. Who knows.

For now, I am content using a good quality brand of packaged corn tortillas, with few, if any, added ingredients other than masa and lime. A Mexican market would be ideal in finding them, as I already know that at least my local Price Chopper has a poor selection. I’ll get back to you when I find a quality brand. But this experience reminded me that I can’t always make everything I eat from scratch. I try to find a balance and prioritize. Sometimes I don’t have the extra time for some endeavors, unfortunately. There are some great resources out there about what is worth making at home and what is not. I’ve heard good things about the book Make the Bread, Buy the Butter by Jennifer Reese.

For more info on making corn tortillas at home, check out this comprehensive 2001 article from the San Francisco Chronicle.