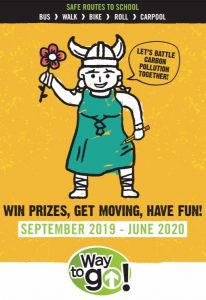 One thing a group of Millennial cartoonists doesn’t need is help using a smartphone app – especially an intuitive one that shows the real-time location of buses in the rural transit system, Advance Transit. No, a lack of tech savvy is not the barrier keeping these students off the bus. It’s more like,

“Cool, there’s an app, but how do I know the name of the bus stop out front?”
“Does the bus go to the theater where Black Panther is playing?”
“I’m just nervous to try the bus—what if it doesn’t show up?”

Over Vital Communities’ two-year partnership with Advance Transit to promote their real-time bus system, we’ve learned that it often takes a little extra to get people confidently riding transit. “Travel training,” which traditionally only serves people who need special assistance, can be valuable to almost anyone.

Car ownership is low among the several dozen students at the Center for Cartoon Studies (CCS) in downtown White River Junction—a Master of Fine Arts program in sequential art. The school has consistently promoted Advance Transit as a way to explore the Upper Valley. But in talking to several alums, we discovered that many CCS students were hesitant to try the free bus, and tended to stay close to campus.

We decided to change this by partnering with a recent graduate now employed by the school –who had never been on Advance Transit either but was eager to help. He distributed a simple graphic flyer (right  to students that promised a Friday afternoon bus trip to neighboring Hanover to get donuts from famed Lou’s Restaurant & Bakery and visit Dartmouth’s “Hogwarts-esque” Baker Library.

On a sunny February day, I met a dozen students and alums in the school’s lobby. I prompted them to download Advance Transit’s real-time app and gave them a bus system overview—how to find the bus stops, which routes run where, etc. Then we walked around the block to the bus stop and took the 15 minute trip from White River Junction to Hanover, New Hampshire.

Once in Hanover, we picked up an overstuffed bakery box of assorted donuts from Lou’s and walked across the Green to Baker Library. The students had a great time

digging into the comics and graphic novel section of the library “stacks” and then tiptoeing through the ornate Tower Room.

Many had never been to Baker before—even though CCS maintains a library card there for its students. But now this vast resource is only a short bus ride away.

Aside from giving a few pointers, I didn’t have to do much after the students boarded the bus in White River. That’s just it. Simply getting them on the bus that first time undid the majority of their concerns about the bus. After all, they had watched the bus’s movement on the real-time app while they waited at the bus stop, and then a knowledgeable and friendly driver picked them up on time and took them to Hanover, as promised. Sure, they still had to learn their way around town and get on the right bus, but the bus was now a known and trusted entity. Perhaps Robyn, an alum, put it best: “I just needed someone who knew the system to go with me the first time.” And remembering the impact of a coworker first taking me on Advance Transit almost two decades ago, I think she’s right.