A few weeks ago, I had the pleasure of attending the Herricks Cove Wildlife 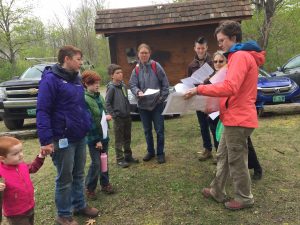 Festival in Rockingham Vermont. If you’ve never been, it’s a wonderful event featuring local groups such as the Nature Museum, VINS, the Vermont Fish & Wildlife Department, and more. There was something for everyone–a shooting range presented by 4-H, face-painting, t-shirt making, and many local (as well as exotic) animals! 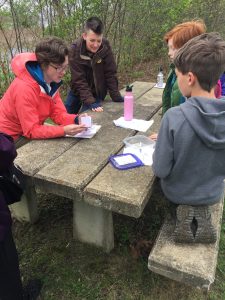 At the festival, Valley Quest Coordinator Sara Cottingham and I led a guided Quest at Herricks Cove, one of the premier birding sites in the Upper Valley. This Quest highlights over seven bird species, many of which we saw on the Quest. In addition to birds, we had the pleasure of watching a beaver swim in the early hours of the day, viewed beautiful Trillium flowers, and discovered an insane amount of fiddle heads.

If you missed this year’s festival, be sure to take the detour to Herricks Cove off of Route 5 next time you are in Rockingham, Vermont. You won’t be disappointed.