Vital Communities will honor 10 “Upper Valley Visionaries” at its 2015 Heroes & Leaders celebration. The annual celebration recognizes significant community leaders and serves as a benefit for the Leadership Upper Valley business leader training program from Vital Communities. “Each year Vital Communities honors a select group of Upper Valley residents who have made significant contributions to the vibrant region in which we enjoy living, working, and playing,” said Executive Director Tom Roberts. “This year we’re thrilled to honor 10 people whose long-term visions have helped make the Upper Valley the vibrant community it is, rich with local agriculture, arts organizations, nonprofit services, world-renowned businesses, and more. We’re thankful for and inspired by their passionate leadership.” 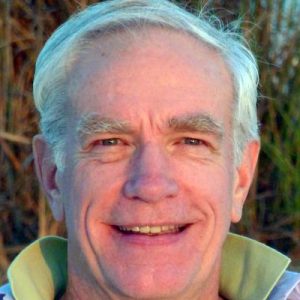 Keynote Speaker Len Cadwallader has spent most of his professional career in nonprofit management. For 21 years he was on the management team of the Farm & Wilderness Camps in Plymouth, Vermont, serving the last 13 years as Executive Director. Most recently he served 11 years as Vital Communities’ Executive Director. He was a founding member of the Hanover Affordable Housing Commission that worked with Twin Pines Housing Trust and a private developer to create Gile Hill on land donated by the Town of Hanover. He has also served on the boards of the Vermont Institute of Natural Science and the Upper Valley Business & Education Partnership. In 2012, Len was awarded the Allen and Nan King Award for Service to the Community by the Co-op Food Stores. He and his wife Mary Ann raised their two children in Rutland County, Vermont before moving to the Upper Valley in 1997. Since retiring from Vital Communities in 2011, Len has served his faith community, the Quaker meeting in Hanover. When not doing trail maintenance work for Hanover Conservancy, Len enjoys kayaking and adventure travel. 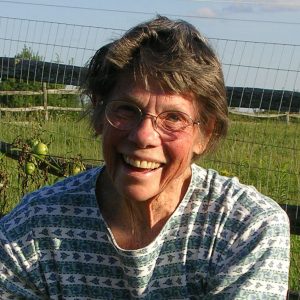 Barbara Ragle Barnes has dedicated her impressive career to improving the quality of education, much of it in the Upper Valley. Originally interested in medicine, Barbara decided to become an educator after teaching sailing at a camp the summer before she was to start medical school. When she moved to Norwich with her young family some years later, because of her background in science, she was recruited to work with two Dartmouth professors, one a biologist and one a physicist, who were also parents of children in the school, to help start a real, hands-on science program. Ultimately that led to the creation of the Upper Valley Educators’ Institute (UVEI), the highly regarded teacher preparation program in Lebanon. When Dartmouth became coeducational and a woman was needed in the Dean’s Office, Barbara filled that role as Assistant Dean of the College. Subsequently she became the head of two very different independent schools, one in Ohio and the other southern Vermont, and concluded her professional life as an educational consultant for 15 years.  Now, almost 92 years old, she delights in taking OSHER courses at Dartmouth. The Upper Valley is certainly the richer because of the efforts of this indefatigable lady. 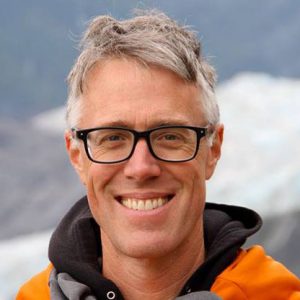 Matt Bucy — As a child of the 1960s, from his early days in Casper, Wyoming, to his arrival in New England; college at Middlebury for visual arts; Yale for architecture; and then employment at the company making the first digital synthesizer – curiosity was largely what drove Matt Bucy. “It’s all about poking things.”

Matt is perhaps best known for his purchase and renovation of the former Tip Top Bakery, now called Tip Top Building, a project that embodies the principles by which he lives: See future possibilities; respect what’s there; make it useful and as environmentally friendly as possible; be frugal not flashy; use color to express energy.

It’s interesting to note that Matt was encouraged to run for membership on the Hartford Select Board, a post for which he did not campaign. He won.

As a hands-on developer in the Upper Valley, a slight variation of Thomas Edison’s famous quote is appropriate to Matt: “Life is 5% inspiration and 95% perspiration.” 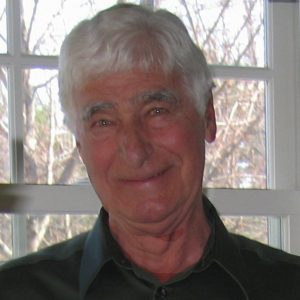 Dick Cyr was born on April 24, 1937 in Maine, and since then he has considered many places to be “home”. After high school, Dick was proud to have served his country as a Marine. Later he worked in construction and sales, but no other experience has been more rewarding to Dick than fulfilling his role as a father to his three sons, the youngest of which was David, who Dick adopted as a toddler. During David’s three-year battle with leukemia, Dick met many families struggling to be with their hospitalized children. In an effort to ease their burden, Dick channeled his own grief after David’s passing at the age of five and created the legacy that has become David’s House so that families have a home-away-from-home during the most difficult of times.

Dick is the recipient of the Jacqueline Kennedy Onassis Award for community service and the New England patriots Charitable Foundation MVP Award from Volunteerism for his work in creating and sustaining David’s House. 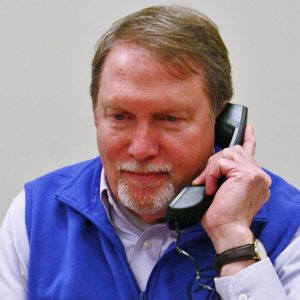 Van Chesnut moved to the Upper Valley in 1987 to become the Executive Director of Advance Transit, headquartered in Wilder, Vermont. His leadership and guidance developed the fledgling transportation company into one of the finest fare-free, fixed-route bus systems in the entire United States.

Van has more than 30 years of experience managing transit systems. An Indiana native, he graduated from Purdue University. Prior to his arrival in the Upper Valley he oversaw transit systems in rural and small town America, including Stevens Point, Wisconsin, and Columbus and Warsaw, Indiana.

Van lives in South Strafford, Vermont, with his wife Leigh. They have two grown daughters, Laura and Lilly, who have graduated from college and now live and work outside the region. 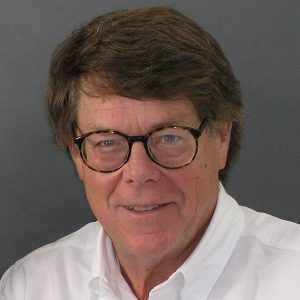 Dick Couch received a Bachelor of Arts in 1964 and an engineering degree in 1965 from Dartmouth College. After graduating, he worked for Creare as a project engineer, launching a career that would help make him one of our Valley Visionaries.

In 1968, in a garage across the street from Creare’s main headquarters in Hanover, he and then Creare President and Dartmouth professor Robert Dean co-founded Hypertherm. Their objective was to apply ultra-high temperature technology to industrial problems.

In 1971, Dick purchased the majority interest in Hypertherm, which today has grown into an international conglomerate with 1,400 associate-owners. Of Hypertherm’s 112 patents in the fields of plasma cutting and pollution control, Dick was the inventor of 42. In 2002, Hypertherm was ranked 12th in Fortune Magazine’s listing of Best Companies to Work for in the United States. Hypertherm was also recognized as one of the best large companies to work for in the State of New Hampshire. 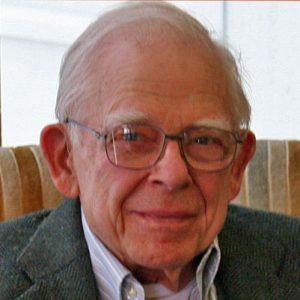 Dr. Robert C. Dean Jr. is the founder or co-founder of 11 Upper Valley companies that have all flourished in the field of advancing technology. They include some names many in the region will recognize: Creare; Hypertherm; Creare Innovations, which became Spectra/Dimatix and sold to Fuji; Verax; Synosys, renamed PerSeptive Biosystems; Synergy Research Corporation; Synergy Innovations; Simplex; NanoComp Technologies; Synticos; and Sunfyr. 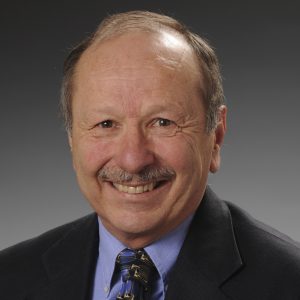 David Goudy served as the Executive Director of the Montshire Museum of Science for 34 years, retiring in March 2015. He came to the Upper Valley in 1981 and, together with a highly dedicated staff and community of supporters, transformed a fledgling museum into a nationally recognized center for science learning. Under his leadership, the Museum has been lauded for its innovative approaches to delivering science education to rural schools and families. David’s passion for education and the natural world has had a significant impact on countless children and families over the years. In addition to his role at the Montshire Museum, David has served the Upper Valley community in volunteer capacities with the Howe Library, the Hanover Area Chamber of Commerce, Dartmouth Hitchcock, and the Vermont Youth Conservation Corps. David considers himself lucky to have been part of such a generous community; however it is the community that has benefited through David’s work. 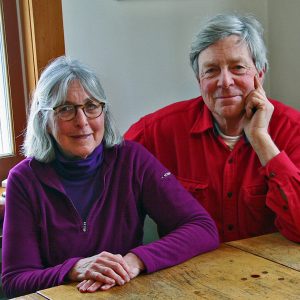 Liz and Jake Guest have owned and operated Killdeer Farm in Norwich since 1980. They now operate over thirty acres of organic vegetables , 14 greenhouses of bedding plants and organic tomatoes, a successful  farmstand and a CSA with over 400 members. Liz and Jake both have long histories as visionaries and activists in the growing and promoting of local and organic food.
Liz was a founding member of the Plainfield, VT Coop, a central figure in the emerging food coop movement in Vermont, and the initiator of many food-related projects such as a coop grain mill and the widely distributed presentation and slide show addressing the need for locally produced food. Liz co-directed the “Grains and Beans” project, a project to promote the re-introduction of locally grown grains and beans. She has been a board member of the Hanover Coop, and chaired the Education Committee.
Jake has been active in a variety of Ag and food projects, organizations, and movements. In the early 70s, he was a founding member and board member of the NOFA (Northeast Organic Farmers’ Association), a founding member and coordinator for the Upper Valley Food Coop, and co-founder of the Norwich Farmers’ Market. He has been a board member of the Hanover Coop and is currently a board member and past president of the Vermont Vegetable and Berry Growers’ Association. Jake was recently honored at a conference in California as one of a small group of founding “agrarian elders” of the Organic Movement in the United States. 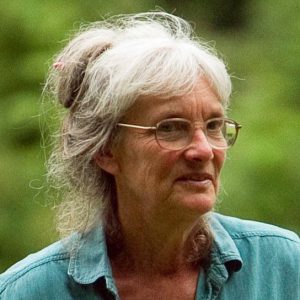 Carol Langstaff’s life combines music, movement, and storytelling with fostering community. As the daughter of singer and theater director John Langstaff and traditional-music collector Diane Hamilton, Carol’s creative apprenticeship began in childhood and widened with extraordinary teachers at the Longy and Dalcroze music schools, Neighborhood Playhouse, and the dance school of Martha Graham.

In addition to her choreographic gifts, Carol plays many instruments, and she has a special talent for channeling groups of people into theatrical extravaganzas such as Revels, co-founded in 1971 with her father; and FLOCK Dance Troupe, founded in 1999, where she directs seasoned performers and eager amateurs in multilayered productions exploring ecology, overdevelopment, refugees, aging, and gender.

Co-founder of numerous Upper Valley ventures, including Strafford’s Creative Preschool, the Upper Valley Food Co-op, the Earth and Arts Camp, and Connecticut Riverfest, Carol participated in the process that birthed Vital Communities. Carol’s current focus is an effort to transform youth violence into new forms of creativity and responsibility. 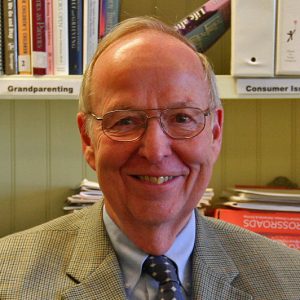 Jim Varnum was President of Mary Hitchcock Memorial Hospital from 1978 until his retirement in 2006 and was Founder and President of the Dartmouth-Hitchcock Alliance from 1983 to 2006.

Jim led Mary Hitchcock Memorial Hospital in Hanover during the planning and building phases for the new medical center and its historic move to Lebanon. The new Dartmouth-Hitchcock Medical Center, a $228 million project, opened its doors in October 1991, one of the few new medical centers in the United States at that time.

Jim and his wife Cindy have lived in Etna for more than 35 years.