Think of the public spaces you live, work, or travel by every day — parks, streets, and other publicly owned spaces. Placemaking turns those public spaces into places that boost our health, happiness, and well-being. Using a community-based process, Placemaking builds upon some of our greatest assets: places open to the public.

True Placemakers listen first. They ask questions and learn how people currently live, work, and play in a space and what needs or dreams they have for that space and for their community. Then, they dive deep into the pool of Placemaking examples, found internationally, and design a space that builds on community assets, serves a diversity of stakeholder needs, builds social networks, and forwards multiple initiatives. Placemaking includes adding a diversity of permanent or temporary elements such as seating, public art, gardens, and crosswalks. 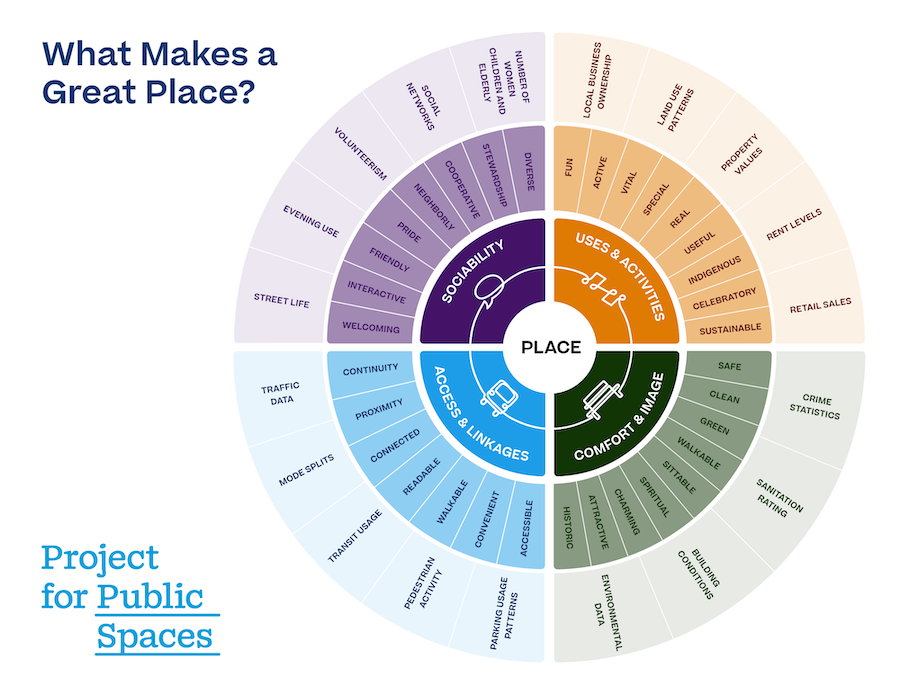 The Project for Public Spaces states, “A great public space cannot be measured by its physical attributes alone; it must also serve people as a vital community resource in which function always trumps form. When people of all ages, abilities, and socio-economic backgrounds can not only access and enjoy a place, but also play a key role in its identity, creation, and maintenance, that is when we see genuine Placemaking in action.”

Congress Square Park in Portland, ME offers up an inspiring example of Placemaking. Neglected for years, the city proposed to sell the park to private developers. A grassroots group called the Friends of Congress Square Park formed in response and the city reversed its plan. The group used the Placemaking process to create a welcoming space in the heart of downtown Portland. They added local art installations, outdoor seating, flower beds, and free WiFi. Over 125 free community events take place each year at the park — from swing dancing to outdoor films.

Let’s explore the power of Placemaking in our region — and transform more public spaces into great places that bring our community together.