Having lived in the region all my life, I grew up Valley Questing with my family. I recently realized, however, that I haven’t done one in almost ten years, so the Aquatic Adventure Super Quest was a perfect opportunity to stretch my legs and get back in the habit. On a beautiful Friday, I gathered up my mother and my dog and headed out to do the Union Village Quest. 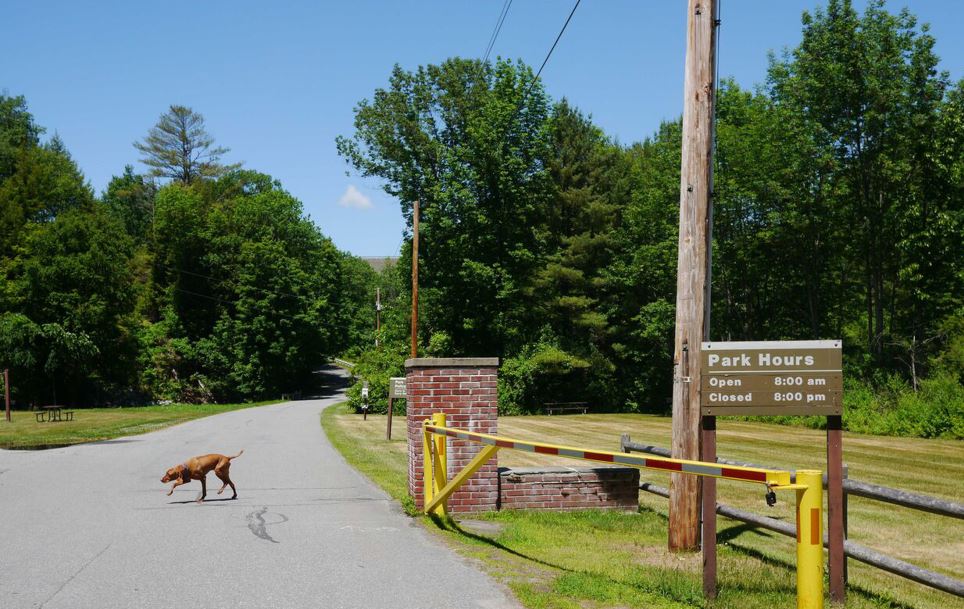 We set out with confidence, having been going to the Union Village Dam consistently for many years. I learned to ride a bike there, and have attended countless potlucks and birthday parties in the shaded picnic area by the stream. The sun beat down, but the bending forest allowed us to march up the hill without feeling the heat. My dog, excited to be out and about after having recovered from a hurt paw, raced up and down the hill and stared back at us to wonder why we weren’t running as fast as he was. We paused by the stream, watching a couple of butterflies and figuring out where the Quest clues were leading us next.

Here, we made a wrong turn. Assuming that our years of experience with the place would be enough, we strode up the path, only worrying slightly when there seemed to be a very long stretch between clue landmarks. Eventually, after running into a dead end, retracing our steps, and finding another, we were forced to admit that we needed to go back even farther. But there was no reason to be frustrated–the day was beautiful, the dog was happy, and we were in no hurry, so we walked back to the last spot we were sure of and resumed our search.

When we did spot the slim entrance to the trail we were looking for (thanks to my mother!), we saw the “stone find of history” indicated by the Quest clues: the foundations of an old bridge, which we had spent years walking within feet of and never once seen! We wound around the little path, shaded by trees as it ran along the edge of the river. All of a sudden, the defined path faded away, and we were confronted by the end of the Quest. Because it is part of the Aquatic Adventure, I was expecting to see the little stream that traces the edge of the recreation area of the dam, but I was entirely and pleasantly surprised by the beautiful, shady swimming hole at the base of three cascading waterfalls. We hadn’t even realized we were getting close! 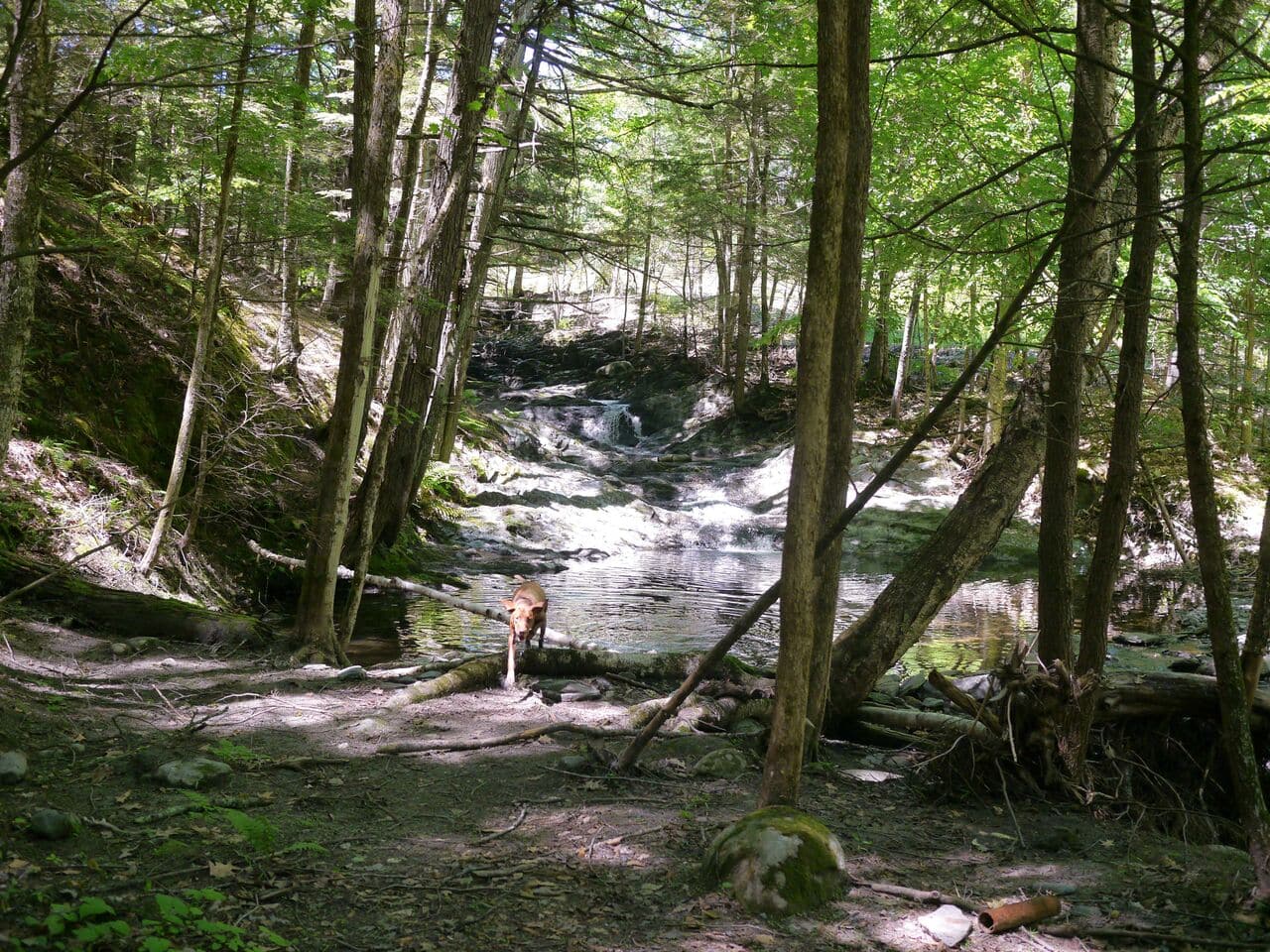 We located and opened up the birdhouse, which held the quest box, and stamped twice–once with the unique stamp, and once with the piece of the big Super Quest stamp. As we replaced the box, called the dog in from his swim in the shady pool, and wandered back to the car, we started wondering about what other Quests we could do soon. Even a decade later, Questing was just as involving and exciting as it had ever been!