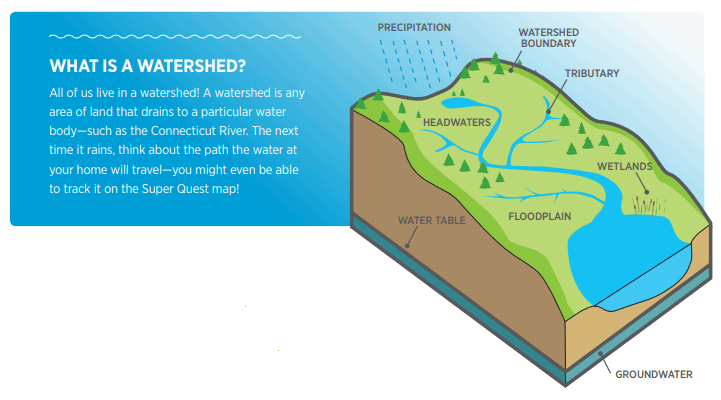 If you haven’t yet, get your copy of the Aquatic Adventure Super Quest to start exploring the variations between these beautiful, fascinating subbasins today! You can print your own here (11×17 paper), pick up a copy at the Vital Communities office (195 North Main St, White River Junction), or find one at your local library. Then, register your team (pick a fun name!), and start discovering our region anew with our 10 featured Quests. Swimming holes, waterfalls, sun-soaked lakes, mill history, and babbling brooks will guide you through summer fun and learning—you’ve got ’til November 1! Victorious Super Quest teams all win commemorative patches and are entered to win our grand prize!