Give Today to The Christmas Revels’ 2020 Production!

Through Vital Communities’ TLC (The Local Crowd) crowdfunding program, you can help supply the final $7,500 of the $40,000 needed to produce the short film The Christmas Revels: All Shall Be Well Again,  which will available to the public starting in mid-November. Your sponsorship helps make free viewings of this film possible and creates work opportunities for those in the arts, including New Hampshire and Vermont artists, who have been especially hard hit by health regulations made necessary by COVID-19. Donate by October 19, and your name or the name of your business will be included in the credits of All Shall Be Well Again!  Other great premiums may also apply.

Produced by the local nonprofit community arts organization Revels North, The Christmas Revels each December brightens the Upper Valley with a new show combining winter music, dance, storytelling, and pageantry traditions from around the world. Each show takes us into a different culture, with marvelous Upper Valley-based artists and community performers alongside internationally renowned “tradition bearers” of the arts the show encompasses. Formerly presented at Dartmouth’s Hopkins Center, The Christmas Revels now makes it home in the Lebanon Opera House.

Last year’s production, An English Celebration of the Winter Solstice, was enthusiastically received both by longtime Revels audiences and those seeing the show for the first time. Over 3,000 people attended the five performances, with audience members coming from 87 New Hampshire and 92 Vermont towns, making this a truly regional event. Although Revels North was eagerly anticipating the 2020 follow-up, COVID-19 forced a change in plans, as it has for every performing arts organization across the country. This summer, Revels North made the necessary decision to cancel December’s live Christmas Revels production and instead undertake a filmed show that would help keep the Revels tradition – and the creative sector – alive. 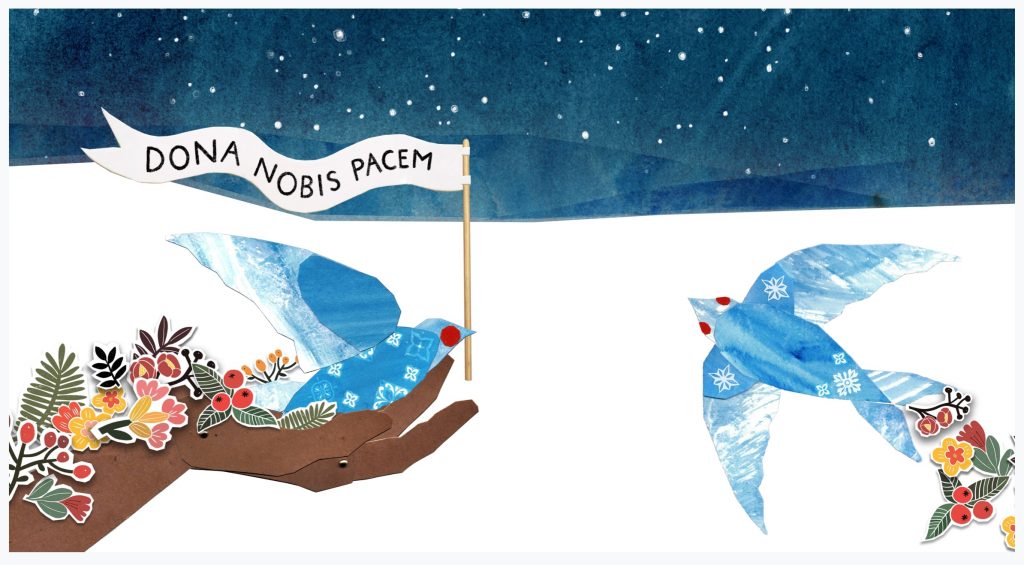 The film will create a surprising, entertaining, and safe alternative to the live Christmas Revels production, including SALT’s nuanced animation (seen above) and No Strings’ incomparable puppetry. In recognition of the financial hardship that many families face due to the pandemic,  Revels North will provide a range of ways for people to view this film in their homes, including for free through local media resources such as CATV and on social media platforms such as Facebook. The initial response within the Revels North community to news about this film has been wildly enthusiastic. With potential audiences not limited this year by geography, calendar, or price, Revels North sees potential for this film to be viewed by more people than any Revels North production of “The Christmas Revels” in our history. And maybe the film itself will become a new Upper Valley holiday tradition. Step aside, Grinch!